Greetings! Another month passes and we progress closer still to the beta. We are joined by 464 new users, bringing our new total to 13,659. Please provide them with a warm welcome!

In case you missed it, be sure to check out the Q1 Financial Report, published earlier this week. In other general news, I recently overhauled our installation instructions, bringing them up to date with changes since their original time of writing, and completing the documentation overhaul I had planned. I hope you find these useful! We were getting tired of correcting the docs all the time in IRC as people were setting up their sr.ht instances.

Additionally, throughout the site small improvements have been made: tables in Markdown have been improved, as well as relative links and embedded images from git repositories. The OAuth implementation has been brought more into compliance with RFC 6750, and there have been minor improvements for logged-out users. Small responsiveness improvements have also shipped throughout, improving the UI for mobile users.

hub.sr.ht is going quite well, and I hope to have an initial version online for you to start using by the time I write the next edition of “What’s cooking”. I’ve summarized the current state of the project in this video:

There still remains a significant amount of work to do, but for the most part it’s clearly defined and just needs to be executed.

After 6 months of work, five patches across 3 different projects, and several thousand lines of code, I have finished adding custom backend support to pygit2, which unblocks a number of workstreams. Accordingly, I’ve completed the first of these new workstreams by introducing a new plumbing API to git.sr.ht, which offers low-level access to git resources. The rub is that you can create a custom pygit2 backend implementation which allows you to read and manipulate git repositories like normal, but rather than storing the repository on your local filesystem, it reaches out to the git.sr.ht API to complete I/O operations remotely. This plumbing API remains undocumented for the time being, but I hope to eventually stabilize it and make it available to you for your own needs. I’m also happy to share that SourceHut has become the first sponsor of the pygit2 project 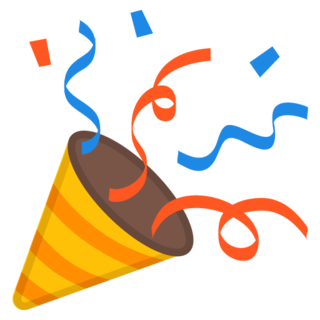 I have also begun work on a second API-related project, with git.sr.ht as the testbed. The current set of APIs offered on SourceHut have long since left their proof-of-concept stage and are now implemented broadly enough to pull their drawbacks into relief. There’s no time which will be more perfect to revisit the API design than during the alpha, when breaking changes are more tolerable. To this end, I’ve been writing an experimental GraphQL-based API for git.sr.ht in Go. My initial impressions are very optimistic — I’ll write up my thoughts on GraphQL in more detail later — and I think this would be a marked improvement over our REST-based approach today, and maps very well onto our distributed system design. If you’re curious about this work, you can see the current status on the graphql branch of git.sr.ht. The schema itself can be found here.

The approach isn’t fully defined yet — there’s a lot of experimental code throughout, and it’s changing rapidly. Writing this backend in Go also gives me the opportunity to revisit a lot of drawbacks in the Python codebase, and the result is a lot leaner and meaner than the earlier implementation. If this ends up working out, we would be wise to invest more in this architecture.

Some minor performance improvements to the web UI have also shipped this month.