Good morning, SourceHut! Today we have 30,815 users, 1,203 of which are joining us for the first time this month — a big increase! To all of our new users: welcome! To all of our more tenured users: be sure to offer our new friends a warm welcome and do your part to help them learn how to use SourceHut.

Adnan has been hard at work on GraphQL this month, and we’re almost done. The last remaining API to be implemented is hub.sr.ht, but before we implement it, we’ll be experimenting with GraphQL federation. This will allow us to access every GraphQL API through a single endpoint, seamlessly querying resources like git repositories and mailing lists in a single request. Since hub ties all of the services together, this will be a very good thing to have before we proceed with its API! This will also bring many improvements we’ve had planned for a long time, but will also require many serious internal design changes to our software, so it will require some effort to thoroughly test & validate them before rolling it out. Federation will also open some doors for long-requested features, such as linking resources like bug trackers back to the project they belong to.

hut is a CLI tool for interacting with SourceHut’s GraphQL APIs, and it usually doesn’t make it into these updates because it’s not considered a core service. However, I wanted to mention it today because I added support for exporting your account data with hut this month. The export uses standard formats which are as portable as possible, such as bare clones of your git repositories or mbox dumps of your mailing lists, which you can re-import into any git provider or mailing list software. Following this, I will be adding a similar “import” functionality to bring your data back into any other SourceHut instance. You can dump your account data locally, or queue up a build job to do it on our servers.

Data autonomy is an important goal of the beta, so this also moves us forward towards our long-term goals. It is also one step towards unblocking features like account removal or renaming. Exciting stuff!

No major updates this month, but I have been working on some upcoming features to tease: an overhaul to the billing system. 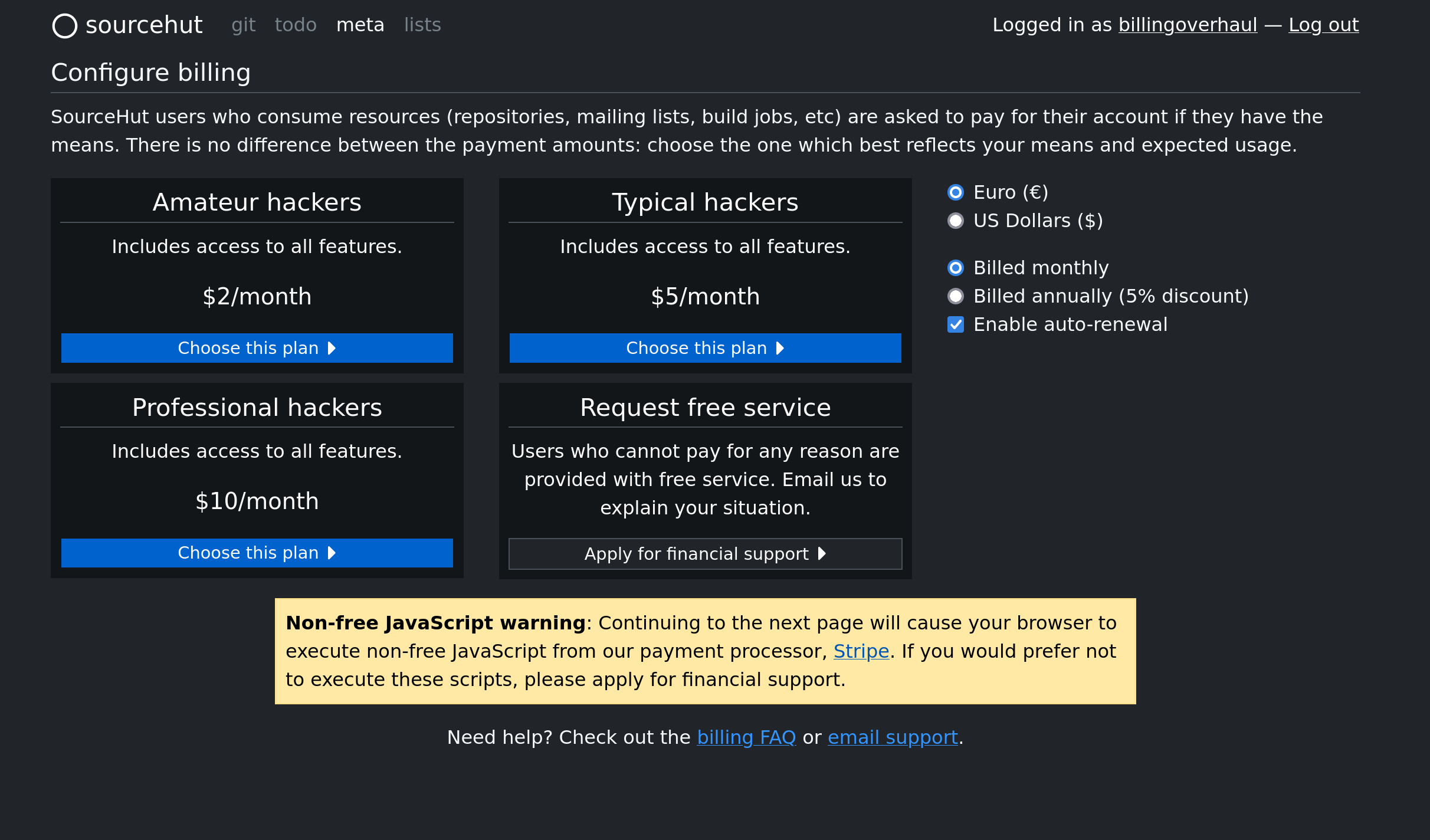 Some of the improvements which will be on offer include:

This is a very complex overhaul, so it will take some time to be completed. I’m not sure when you can expect it to be released, but I’m looking forward to shipping it to you!